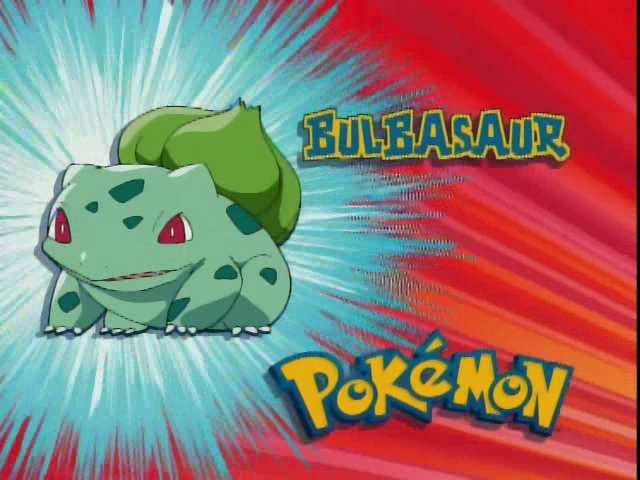 It's Bulbasaur! Like, from the episode title? Well I never.
The first time this episode ever aired on UK TV was during one of the SMTV shows. SMTV (which stood for Saturday Morning Television) was a TV program hosted by Cat Deely, Anthony McPartlin and Declan Donnolly. On the particular morning this episode was originally aired, they had received a letter from a  viewer telling them that the way they were pronouncing Pokémon on the show was wrong.

The way they'd cut the episode for broadcast, a few seconds into the second half Brock said the word "Pokémon". They immediately cut back to the studio, where Ant & Dec started making a huge fuss about how the pronounciation of the word Pokémon, in both the cartoon and on SMTV, was the same, and therefore, correct, and that the letter was incorrect. When I was a kid videotaping the Pokémon episodes, I kept that part recording because I was, well, sort of awestruck that they'd stopped the show.

If I ever find the VHS, I'll record that snippet to YouTube or something. 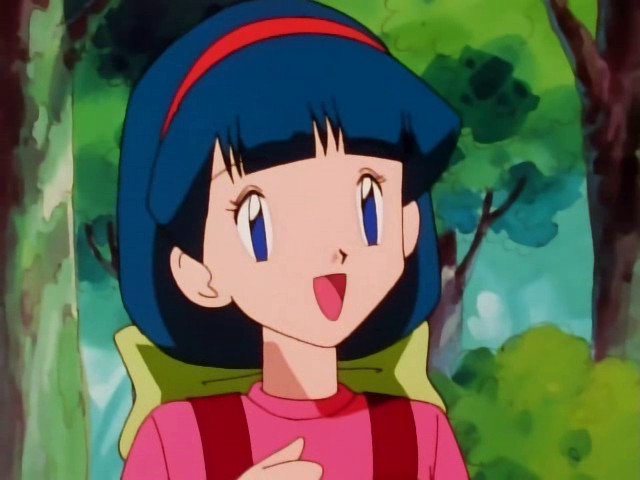 Melanie explains that the holes, the nets and the bridge were all traps to keep out intruders. Because the Pokémon are weak, they could easily be stolen or caught by poachers and thieves. Speaking of which, here come some now. 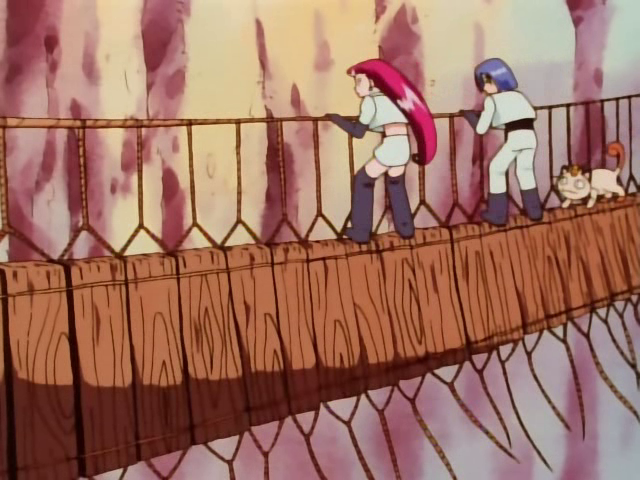 Unfortunately, nothing ever seems to go well for them. 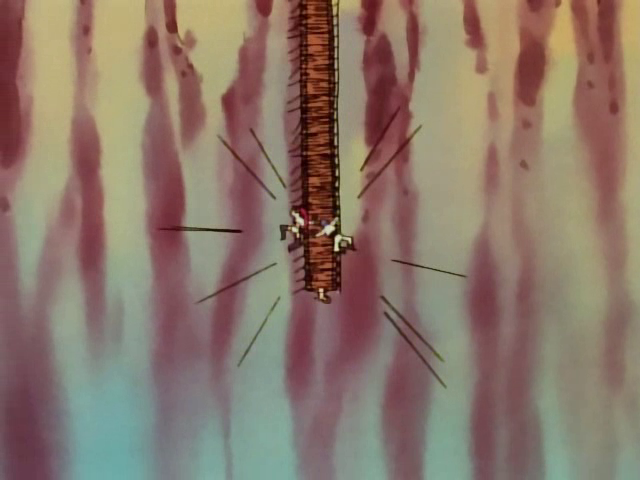 We get a short exchange between Brock, Ash and Misty. Brock explains that he promised Melanie that they wouldn't capture any Pokémon from the village. Misty then continues to make fun of Brock for being infatuated with Melanie. (I think she might be a little jealous, maybe? I dunno.) Brock gets pretty violent, and something else happens (I dunno). 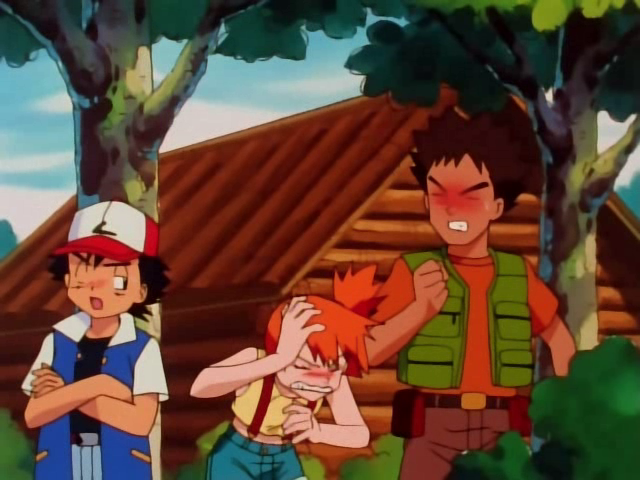 Ash comments on how you'd have to be really stupid to fall into one of those holes. Misty is offended because, well, she fell into one earlier. But this real comment serves to continue the ritual tradition of making fun of Team Rocket and reducing them to nothing more than the comic foil. 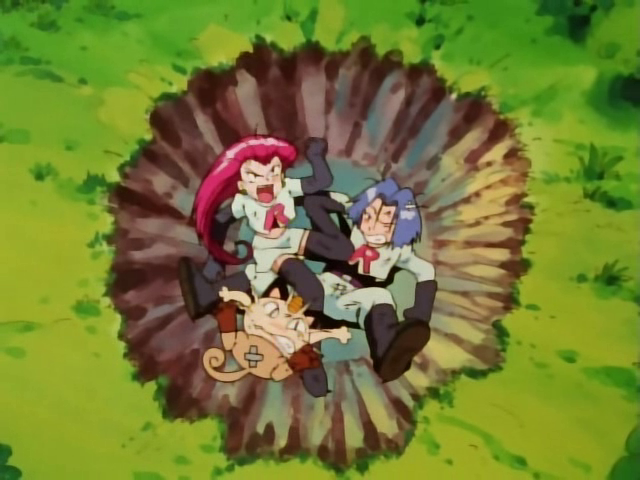 "This is the third hole we've fallen into!"

This shameful display continues as Team Rocket wanders straight into a net. 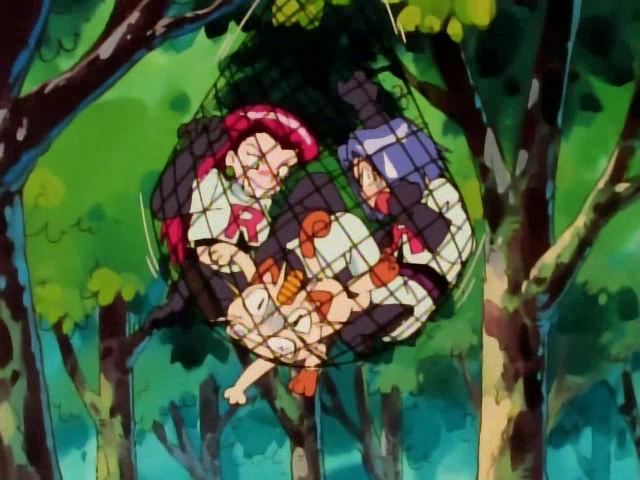 Speaking of shameful display, this episode has a load of animation errors. Here, Meowth's ears are brown! Some characters also appear without their gloves at odd intervals, perhaps the animators were having a day off...

So the gang are having a good time, getting to know the other POkémon, when SURPRISE BULBASAUR MOTHERKETCHUM 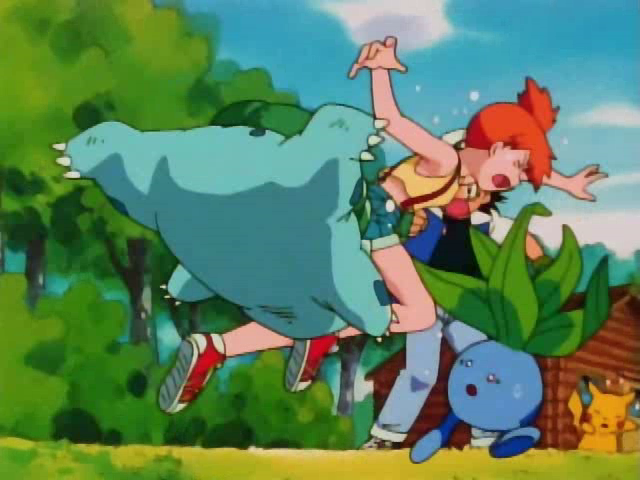 Of course, Bulbasaur isn't aware that the gang have changed their minds and that they don't intend to harm the Pokémon...  The misunderstanding is cleared up, but Bulbasaur still resents Ash on account of him being a Pokémon Trainer. 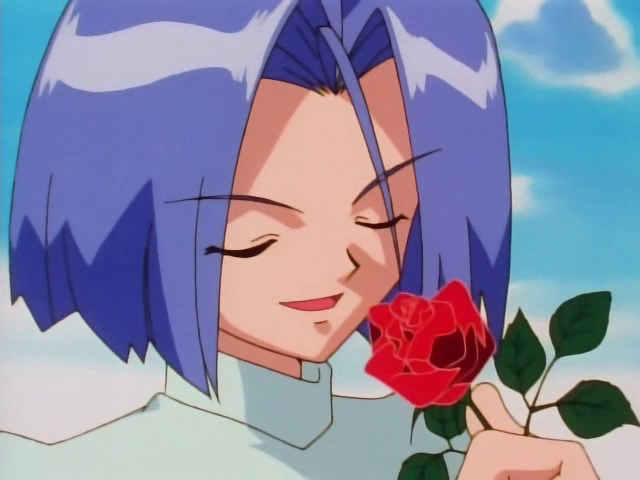 While this is happening, Team Rocket approach from the sky, yelling their motto atop a large floating thing. They call it a stadium, oh, OK then. It lands, and out comes a hose which they use in an attempt to suck up the Pokémon. Between them, Ash, Misty and Brock manage to save all the Pokémon. Bulbasaur realizes that Ash is a good person through his actions. 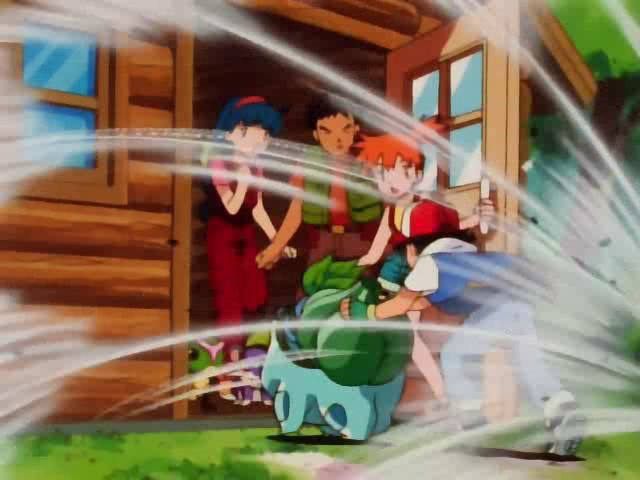 Ash's Pidgeotto, and Bulbasaur, save the day somehow. I wasn't really paying attention. 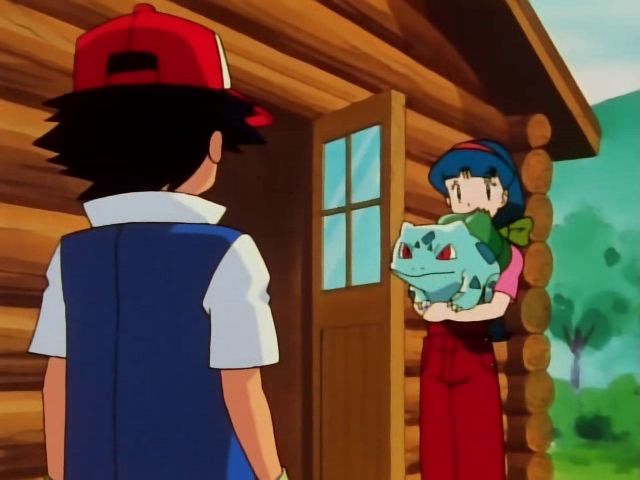 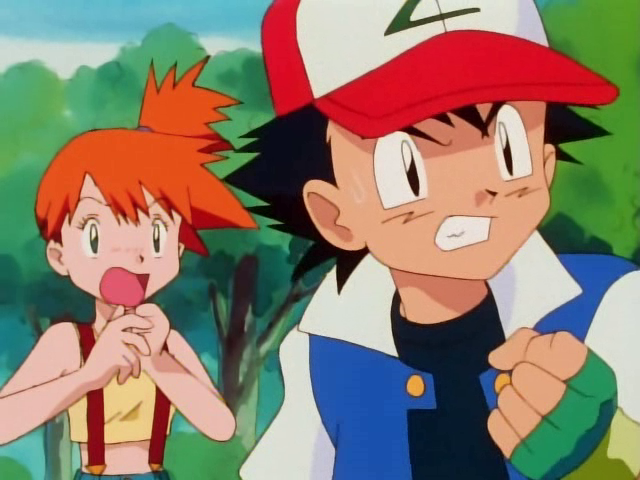 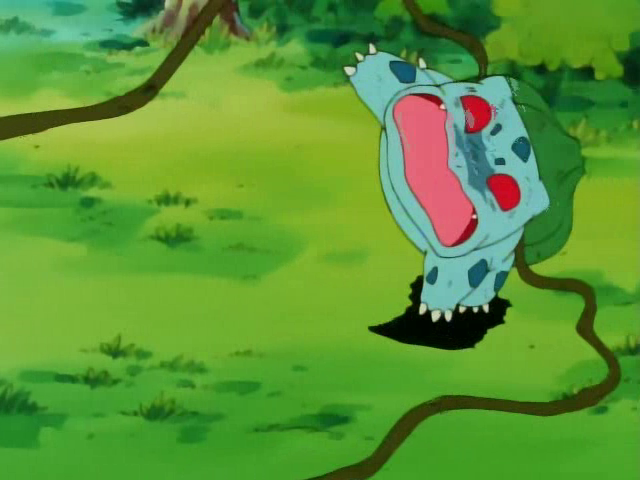 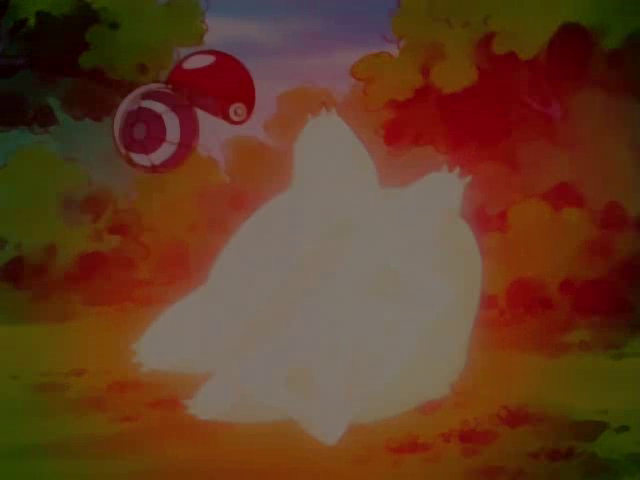 Something something Bulbasaur was caught. 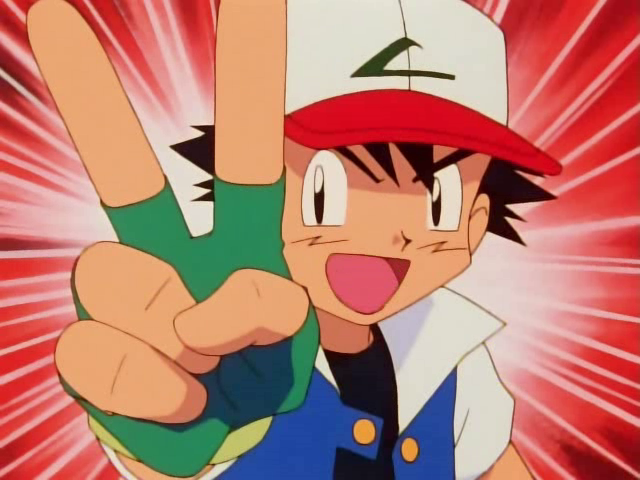 Melanie turns down Brock's attempts to stay with her forever in this secluded, quite village away from civilization. Ash, Brock and Misty leave. And that happy, jolly ending music is playing, Misty is making more quips about Brock's affections of Melanie, meaning the narrator can't be too far--

"With Bulbasaur now at his side, it looks like Ash is building his own Dream Team. Now, it's on to Vermilion City, let's just hope our heroes don't take any more shortcuts, or we may never get there."

TELL ME ABOUT IT.