Two more soundtracks have entered my possession - Pokemon Gotta Catch 'em All (also known as the 2 B A Master soundtrack) and Pokemon The First Movie soundtrack. 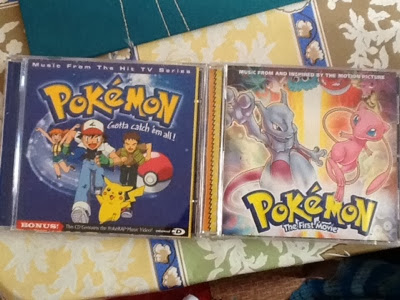 Read more »
Posted by Unknown at 10:53 No comments: Links to this post

I bought a CD... and got stickers! 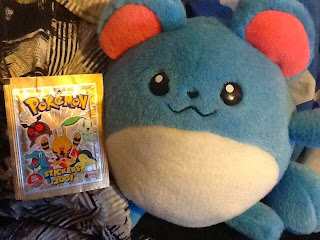 I bought Pokémon 3: The Ultimate Soundtrack and inside was a packet of stickers! I almost don't want to open them. Pokémon Stickers 2001, published by Merlin. I can't find any decent information online about this run of stickers, or even the book that they would have been stuck into. It's just another oddity to add to my collection, I guess. You never know, I might come across more stickers, or the sticker book, at a boot fair.
Posted by Unknown at 15:13 No comments: Links to this post 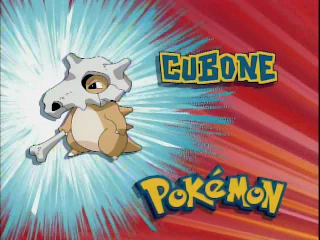 He was born to be bone... it's Pikachu Cubone!

Read more »
Posted by Unknown at 15:07 No comments: Links to this post

"As our story continues, we once again find our friends travelling together on their Pokémon journey in perfect harmony..."

Yeah, right. They're bickering as usual, and then Brock makes a fourth wall breaking reference to the fact they've got to start the show. It's filler time, people. 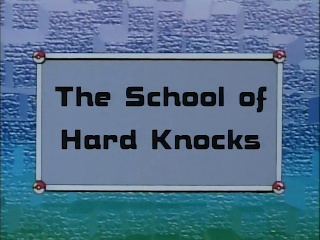 Read more »
Posted by Unknown at 14:07 No comments: Links to this post 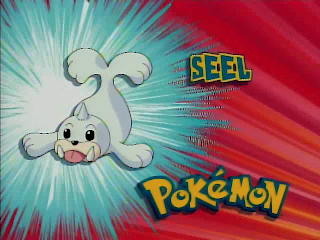 Oh good, you got it. We're still friends.

Read more »
Posted by Unknown at 12:19 No comments: Links to this post

The episode begins with a flashback discussing how Ash Ketchum, the determined young fraud trainer from Pallet, is on a journey to become the world's greatest Pokémon fraud Master. The flashback focuses on his 'fierce' battle with Gym Leader Brock. Let me assure you, there was nothing fierce about that battle! 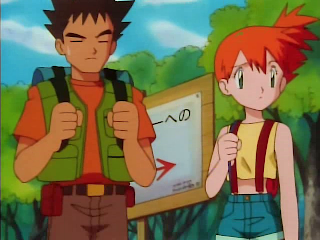 Hold it! Is that sign in Japanese? You missed one, 4Kids. Anyway, with the flashback safely over, we can begin the episode. Title card, please.
Read more »
Posted by Unknown at 00:23 No comments: Links to this post

As of the 16th October this year, I've been glued to my Nintendo 3DS. Over the past week, I've piled in over 35 hours of Pokémon Y. I have 7 of 8 badges. I've caught the legendary Yveltal, exclusive to version Y. And here are my thoughts.

Tweaks.
With a formula as strict as that of Pokémon, it's the little tweaks that are in keeping of the series style (but improve the game) that are the most welcomed changes. Catching Pokémon awards you with experience points. Speciality Pokéballs are available earlier in the game. The EXP Boost, earned after the first Gym, allows each Pokémon in your party to earn half the experience points earned in battle, each. New features, such as the Pokémon Amie, actually provide tangible stat and experience boosts, as well as improved Pokémon catching rates, Pokémon that (over time) can heal themselves of status ailments, dodge attacks and even tough it out to 1HP instead of being killed off in a one-shot attack. 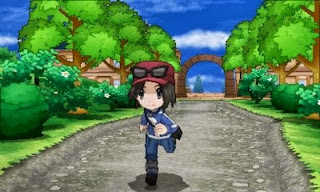 Presentation.
With a character finally able to move in eight directions, the environments in Pokémon Y  are no longer made up of blocks. There are sprawling streets, sweeping camera angles and seen-to-be-believed special effects in some of the Pokémon Gyms. All of the Pokémon are modelled in 3D, animated authentically and look like they were plucked straight out of the animated series. Soundtrack is, in an odd way, quite unusual for the Pokémon series, yet also eerily familiar. 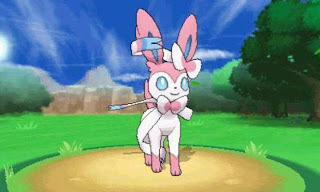 Gameplay.
I do feel that at times Pokémon Y has been too easy. Some of the gameplay tweaks have made the game less challenging, especially when it comes to the experience boosts that allow Pokémon to level up very quickly. For a feature the game is advertised on, Mega Evolution feels almost tacked on and pointless. Even when using it, I really don't see that much of an improvement in the abilities of my Pokémon. Dungeons are definitely shorter compared to those in Pokémon Fire Red which was recently the last Pokémon game I had played. The layout of dungeons seems easier, and there are NPCs that are more than happy to regularly heal your Pokémon, making carrying items unnecessary. Also, wild Pokémon, trainers and gym leaders don't appear to employ any strategy. 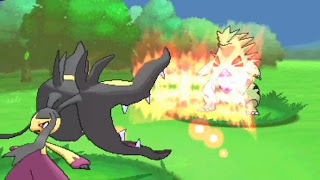 What I Like: Over 400 Pokémon are in the game, available to see or capture. Pokémon Amie allows you to get closer to your Pokémon and really bond with them. From what I've heard, there is a post-game scenario at least as long as the main scenario. TMs are reusable. Traded Pokémon get double XP.

What I Dislike: Team Flare, the antagonists of the game, are not very intimidating. Trainer variations tend to reuse the same Pokémon, for instance, Team Flare use a lot of Mightyena and Houndoom. Rebalanced battle rules mean I have to relearn the type advantages from scratch. You can't move three feet in the desert without encountering a Trapinch.

On a related note to Pokémon Y, I'm returning to PokéBlogging. I'll might move the blog, and its posts, manually to my own website, or I might not. But I'm definitely bringing this blog back, as I feel my love for Pokémon has returned with a significant push.
Posted by Unknown at 13:45 No comments: Links to this post